How old are you? You may answer that question by subtracting the year you were born in from what year it is now. But did you know that we humans have another—more important—age? Our biological age is not an actual number. It reflects how healthy we are, how young we are according to how well our body functions. The article describes how to lower our biological age.

Let’s take the example of a 40-year-old athlete. He can run a marathon without feeling tired. Let’s compared to a high schooler who can not run 500 meters without gasping for air. This shows that the 40 years old is biologically younger.
Biological age is more important than our “actual age”. Your biological age shows how healthy you are. On the other side, your real age shows how long you have lived. How to be as active as you want no matter what your age is?

Listed below are a few things you can do to lower the number of your biological age:

Exercise. We all knew this point was coming. It is a crucial point as exercising helps strengthen our muscles. Doing regular exercises not only strengthen the muscles but also our lungs and heart. The stronger the better they are at acquiring and delivering oxygen through your blood cells.
There is a way to test your biological age. Try to sit down on the floor with your legs crossed. The only catch is you can’t have your hands or arms touch the floor to support your body. And then, still, without using your arms, get back up to a standing position. It might surprise you how hard this is to do compared to when you were younger.
Doing routine exercises can help so much with this test. Exercising regularly will strengthen your muscles. It improves your stability, preventing you from falling on your face when you try the test.
Regular exercise lowers your chance of chronic illness. Exercising improves insulin sensitivity while decreasing blood pressure and blood sugar levels. People who don’t exercise tend to get excess fat. They are at risk for type 2 diabetes and heart diseases.
Also, moderate and intense physical activity strengthens the heart muscle. Stronger heart muscle improves the heart’s ability to pump blood to our lungs and our body. The result is higher levels of oxygen in our blood.
Federal physical activity guidelines recommend at least 75 minutes of vigorous workout or 150 minutes of moderate exercise every week for adults. Healthline recommends to workout for 30 minutes for 5 days each week or 25 minutes of vigorous exercise three days a week.
TIME once published an article about a study by the British Journal of Sports Medicine. It states just 10 minutes of exercise per week is enough to increase your life longevity. 10 minutes! We take showers longer than that every day!
The study had 88,000 participants (all Americans) with an age range from 40 to 85. They did the study for about 11 years, going from 1987 to 2008. When they started, none of the participants had any chronic disease.
During the study, around 8,000 participants died. The researchers found any amount of exercise can reduce the risk of death by cardiovascular disease and cancer.
What came as a surprise was that any amount of exercise seemed to show results. Participants who lightly exercised for less than an hour a week had an 18% reduced risk of early death caused by a chronic illness. It compared to the ones who didn’t exercise.
Their study also found that the more people exercise, the more reduced the risk of death by chronic illnesses. 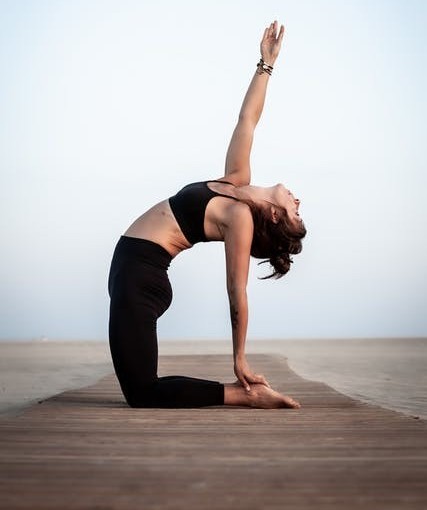 There is a city in California called “Loma Linda” which is known for being one of the 7 Blue Zones in the world. To put it simply, a Blue Zone is a city or area where people live longer lives. In Loma Linda, the average life-span is a decade more than average.
Do you know what else Loma Linda is famous for? The small city is being the home to a considerable number of vegetarians.
A third of the citizens in Loma Linda are Seventh Day Adventists who treat their bodies like a temple. Their usual diet consists of the likes of nuts, fruits, and legumes. In the Loma Linda market, you will find many bins for beans and grains but none for meat. Even the cafeteria in Loma Linda University is vegetarian.
National Geographic once interviewed a man from Loma Linda, Dr. Ellsworth Wareham. He is the epitome of a person who is biologically younger than his actual age. Although Dr. Wareham was 100 years old he still drove on the freeway. And he still assisted in open surgeries until his early 90s.
“I really don’t feel any different than I did when I was, say, 30,” he said to National Geographic. “I feel like I could live another 25 years, but I know that’s not realistic.”
All in all, Loma Linda University has conducted a lot of research on the benefits of being a vegetarian. Their studies have proved that vegetarians live longer than people who consume meat. Vegetarians have a lower risk of diseases like cancer and diabetes.
“Those found to correlate with reduced mortality include
– nuts,
– fruit,
– cereal fiber,
– polyunsaturated fatty acids (PUFAs),
– ω-3PUFAs,
– green salad,
– Mediterranean dietary patterns,
– plant-based diet scores,
– plant-based low-carbohydrate diets, and
– vegetarian diets.”
There’s also an article on the official Loma Linda University website. The article states that the vegetarians “have healthiest levels of diet-related biomarkers.”
They examined 840 participants divided into various kinds of vegetarians. They found that vegans scored the biggest bioactive markers that prevent disease. Vegans had the highest levels of
– phytochemicals (compounds in plants) such as carotenoids and isoflavones,
– total omega-3, attributable to higher amounts of alpha-linolenic acid, and
lowest levels of saturated fatty acids.

4. Don’t Be A Smoker: Active or Passive

Smoking is bad for your health. You’ve seen the warning pictures of horrendous internal organ diseases. It stamped on the very package of the cigarettes itself. And yet, a lot of people still smoke.
A habit of smoking substances like tobacco can cause a whole series of complications:
– lung cancer,
– cardiovascular diseases such as atherosclerosis, and
– stroke.
Those diseases not even covering one-third of all kinds of diseases in the world that can be caused by smoking. It may not come as a surprise that one of said Loma Linda’s secret to a long life is their anti-smoke sentiment.
Countless research has been done to see the effects smoking can cause on our bodies. Loads of journals about how smoking affects our system and functions. Smoking shortens someone’s life.
As quoted in a journal. “Tobacco is the biggest cause of adult death in developed countries”. Tobacco causes one-third of all male deaths in the middle age group (plus one-fifth in the old age group). It is the cause of approximately one-half of all male cancer deaths in the middle age group. Plus one-third in the old age group.
There are people start smoking in their teenage years and continue smoking, approximately one-half will be killed by tobacco. One-half of these deaths will be in middle-aged individuals (35 to 69 years of age). Each will lose an average of 20 to 25 years of nonsmoker life expectancy.
But aside from not smoking, it may be best to avoid smoke at all costs. Have you ever lived with a chain smoker (or two) as a parent or partner, without your lips having ever smoked cigarettes?. You will know that you will have similar symptoms to people who regularly smoke.
In a comment section of a Quora answer, children of smokers will tell you stories of coughing yellow mucus. It happened even years after they move out of their parents’ house. Some of them can feel a decline in their ability to run a long distance. They can feel their lungs weakening from the constant exposure to smoke.

5. Free Yourself from Stress

In this day depression has been more prevalent. It is important to shine a light on your mental health. Are you faring well? Some stress once in a while is unavoidable, but we need to sort out constant stress.
Loma Linda University has conducted research to show which body organs are affected by stress. Stress that is sustained for a long period of time has more damaging effects on the physiology.
When you’re stressed, your body reacts in a series of ways to protect you, such as releasing a hormone named cortisol. If the stress is constant, high levels of cortisol can eventually lead to heart diseases.
This is because high cortisol levels increases

This stress can also promote the buildup of plaque deposits in the arteries.

Using the citizens of Loma Linda as an example once again. Some good time away from your daily routine every so often is good for your mental stability. It is a norm in Loma Linda to have a day every week free of work and even an internet connection.
This practice may tie in a lot with their Seventh Day Adventist belief. But it doesn’t erase the fact that the outcome of such practice is that they live longer lives than the rest of us.
The bottom line is that stress isn’t something to be taken lightly. Even though they are unavoidable, it is important for us to actively seek ways to de-stress. Be it by
– disconnecting yourself from work tasks from time to time,
– going on recreations, or
– always finding time to spend with your loved ones every week.
Our mental state is the key to our physical condition.

How do you lower your biological age? Please share your experience on the comment column and I will be more than happy reply to your comment.

The Best Foods to Fight Depression
How to Have a Positive Body Image
5 Reasons Why Exercise Is So Important As You Age
9 Tips for Personal Improvement Plan. Embrace Your Inner Self, Grow and Strive to be the Best Versio...
10 Powerful Stretches to Improve Flexibility
Prevent Heart Disease with These 25 Foods that Clean Out Your Artery
8 Nuts to Reduce Heart Disease Risk
20 Natural Cures for Anxiety
Post Views: 522

By continuing to use the site, you agree to the use of cookies. more information