Facebook Twitter Email Pinterest Instagram
Dr. Jason Fung reveals that overproduction of insulin in the body is the root cause of obesity. It also the root cause of obesity-related illnesses including type 2 diab2etes. He explains how to use intermittent fasting to break the cycle of insulin resistance. So people suffer from obesity can reach a healthy weight. The Obesity Code is a book about how to overcome obesity. Featured picture: Book Depository.

What did they say after reading The Obesity Code?

My guess is that Dr. Fung will become vilified for several reasons:
1. His plan WORKS WITHOUT MEDICINE.
2. The drug companies will lose a tremendous amount of money.
3. NO SPECIAL FOODS OR SUPPLEMENTS TO BUY.
4. NO ADDED EXPENSES…in fact, MY FOOD BILLS ARE MUCH LOWER.
5. He exposes the fact that this information has been available to the medical community for a long time and no one has acted on it.

I also recommend getting an extra copy for your doctor because they will surely think you are nuts when you tell them what you are doing.
I will be eternally grateful to Dr. Fung for giving me the tools to cure my daughter high blood glucose and better serve my patients.

After 15 years of eating less than 1000 calories a day, walking 3 – 5 miles per day, spending 3 days at the gym, doing strength training, doing cardio, and swimming, and constantly gaining weight, THIS IS THE ONLY THING THAT ALLOWED ME TO LOSE WEIGHT.

I am now eating 1100 calories a day and losing 3.5 per week. It is without exercise as I broke my one kneecap and tore my ACL in the other knee. It all has to do with insulin resistance. People who are not resistant can eat and not gain weight, but if you are resistant, just looking at food will cause you to gain.

Check out Dr. Fung on DietDoctor.com. Or you can go to YouTube and search his name and many helpful and explanatory videos will come up. In one month I reversed my diabetes.

I highly recommend this book. Read through all the facts and figures he goes over…It makes managing your weight and your diabetes much easier over your lifetime. It is without much thought once you know how your body reacts to food.

Doctors have recommended a low-fat, caloriereduce diet as the treatment for obesity. It has happened for more than thirty years. Yet the obesity epidemic accelerates. From 1985 to 2011, the prevalence of obesity in Canada tripled, from 6 percent to 18 percent.
This phenomenon is not unique to North America but involves most of the nations of the world. Every person who has used caloric reduction for weight loss has failed.
And, who hasn’t tried it? By every goal measure, this treatment is completely and ineffective. Yet it remains the treatment of choice, defended by nutritional authorities.

Medical treatments get handed down from one generation of doctors to the next despite their lack of effectiveness. The treatment of obesity is one such example.

Like many doctors, Dr. Jason Fung believed that weight gain was a caloric imbalance. That is eating too much and moving too little. But, why did the medication he prescribed—insulin—cause such relentless weight gain?
The major problem is the complete lack of a theoretical framework. The other major barrier to understanding is the focus on short-term studies. Obesity usually takes decades to develop.
We are human beings, and we should consider only human studies. Obesity shares many important similarities and differences with type 2 diabetes.
Why are there doctors who are fat? As authorities in human physiology, doctors should be experts on the causes and treatments of obesity.
It is hardly conceivable that overweight doctors lack the willpower to follow their own advice. This leaves the possibility that the conventional advice is wrong. And if it is, then our entire understanding of obesity flaw.

We must start with the single most important question on obesity or any disease: “What causes it?”

Excess calories may be the proximate cause of weight gain, but not its ultimate cause. What’s the difference between PROXIMATE and ULTIMATE? The proximate cause is immediately responsible. The ultimate cause is what started the chain of events.
Before puberty, boys and girls average the same body-fat percentage. After puberty, women on average carry close to 50 percent more body fat than men. This change occurs despite the fact that men consume more calories on average than women.

Picture 2. A Boy And A Girl (Photo by Ba Phi from Pexels)

But why is this true? Pregnancy also induces significant weight gain. What is the ultimate cause? Again, it is the hormonal changes resulting from the pregnancy.

We believe that the solution to obesity is to eat fewer calories. The “authorities” all agree. With all our attention focused on fat, we took our eyes off the ball. Everything was “low fat” or “low cholesterol,” and nobody was paying attention to sugar.

OBESITY, defined as HAVING A BODY MASS INDEX GREATER THAN 30.

The obesity rates increased, starting almost exactly in 1977. The increase in obesity began with the move toward a low-fat, high-carbohydrate diet. Was it mere coincidence?
It is obvious that obesity runs in families. This is an undeniable fact. The controversy is whether this trend a genetic or an environmental problem.
Families share genetic characteristics that may lead to obesity. But, obesity has become rampant only since the 1970s. Our genes could not have changed within such a short time.
Genetics can explain much of the inter-individual risk of obesity. But it can not explain why entire populations become obese. For these reasons, many consider the current environment the major cause of obesity.
Approximately 70 percent of the variance in obesity is familial. Your parentage determines seventy percent of your tendency to gain weight.
But, it is clear that inheritance cannot be the sole factor leading to the obesity epidemic. The incidence of obesity has been stable over the decades.
Most of the obesity epidemic materialized within a single generation. Our genes have not changed in that time span. How can we explain this contradiction?
The first attempt to explain the genetic basis was the thrifty-gene hypothesis. It became popular in the 1970s. This hypothesis assumes that humans predisposed to gain weight as a survival mechanism.
There is an important difference between being fat and being obese. Obesity is the state of being fat to the point of having detrimental health consequences. Read more why we should maintain the ideal body weight here.

Bears, along with whales, walruses and other fat animals are fat, but not obese. They suffer no health consequences. They are, in fact, programmed to become fat. We aren’t. In humans, evolution did not favor obesity, but rather, leanness. 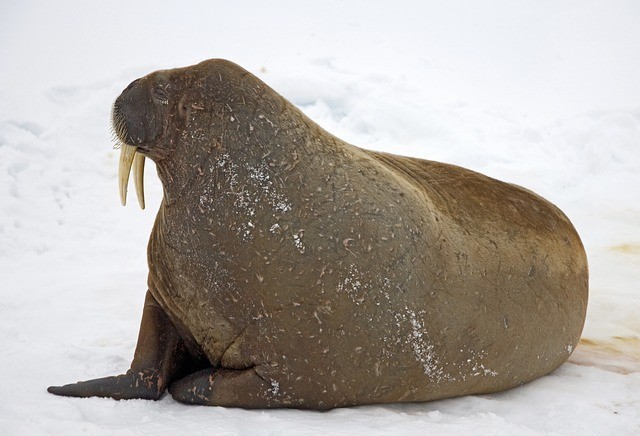 The thrifty-gene hypothesis doesn’t explain obesity. But what does? We will see in Part 3, “A New Model of Obesity”.

The root cause of obesity is a complex hormonal imbalance. High blood insulin is its central feature.

But inherited factors account for only 70 percent of the tendency to obesity. The other 30 percent of factors are under our control. What should we do to make the most of this? Are diet and exercise the answer?

What is in The Obesity Code Book?

Chapter 1: How Obesity Became an Epidemic

Part 3: A New Model of Obesity

Part 4: The Social Phenomenon of Obesity

Part 5: What’s Wrong with Our Diet?

Chapter 14: The Deadly Effects of Fructose

Appendix B: Fasting: A Practical Guide

Before reading more, let us watch a video below:

We see obesity as a result of how people process calories that we can predict a person’s weight by a simple equation:
Calories In – Calories Out = Body Fat
This key equation perpetrates what Dr. Fung call the calorie deception. It is dangerous because it appears so simple and intuitive. But what you need to understand is that there are many false assumptions.

Calories In and Calories Out are independent of each other This assumption is a crucial mistake. We’ll see later on in this chapter. Experiments and experience have proven this assumption false.
Caloric intake and expenditure are dependent variables. Decreasing Calories In triggers a decrease in Calories Out. The end result is minimal weight loss. 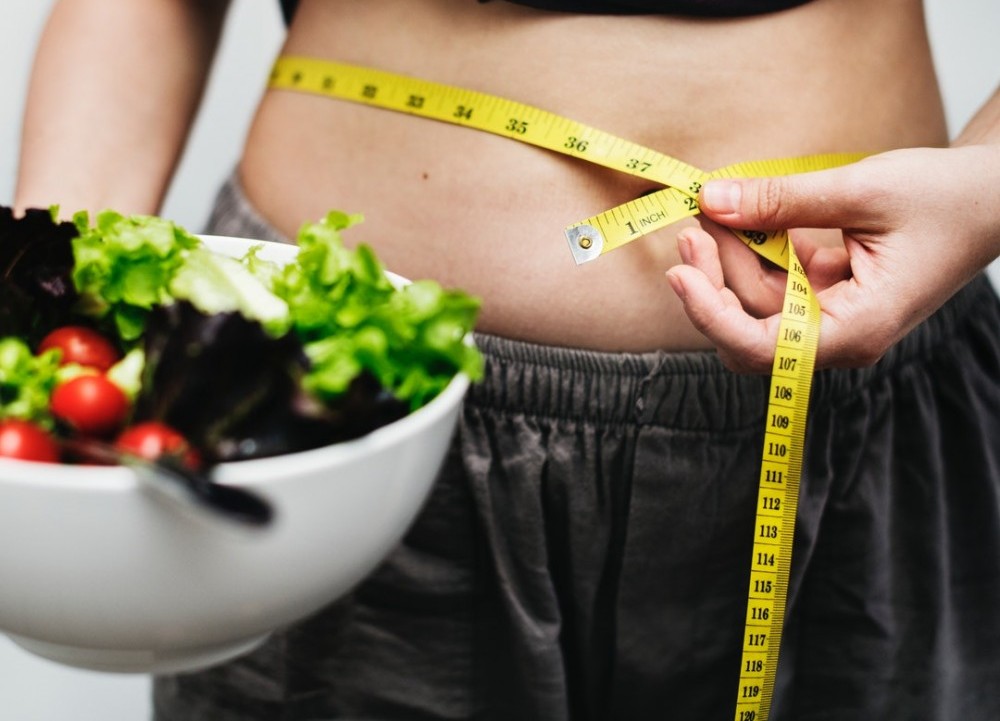 Total energy expenditure is the sum of:

The total energy expenditure can go up or down by as much as 50 percent depending upon the caloric intake as well as other factors. 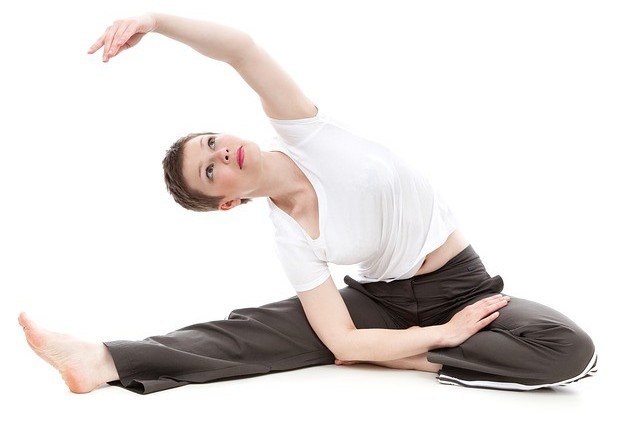 Assumption 3: We exert conscious control over calories in

Eating is a deliberate act. We assume that eating is a conscious decision and that hunger plays only a minor role in it.
But many overlapping hormonal systems influence the decision of when to eat and when to stop. We decide to eat in response to hunger signals that are hormonally mediated.
We stop eating when the body sends signals of satiety (fullness). The action is hormonally mediated.
Our bodies own an intricate system guiding us to eat or not. Body-fat regulation is under automatic control, like breathing. We do not remind ourselves to breathe, nor do we remind our hearts to beat.
The only way to achieve such control is to have homeostatic mechanisms. Hormones control both Calories In and Calories Out. Obesity is a hormonal, not a caloric, disorder. 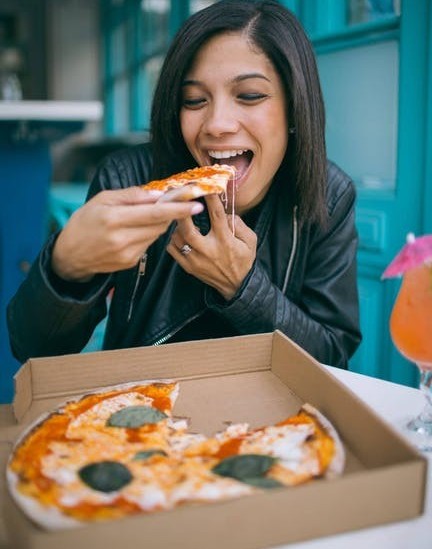 There is the regulator of every single system in the body. Growth hormone regulates growth in height. The hormones insulin and glucagon regulate blood sugars. Testosterone and estrogen regulate sexual maturation. A thyroid stimulating hormone and free thyroxine regulate body temperature. The list is endless.
We believe that the growth of fat cells unregulated. The simple act of eating will result in fat growth. Extra calories will dump into fat cells like doorknobs into a sack. Researchers have proved that this assumption false. New hormonal pathways in the regulation of fat growth are being discovered all the time.

Leptin is the best-known hormone regulating fat growth. But adiponectin, hormone-sensitive lipase, lipoprotein lipase, and adipose triglyceride lipase may all play important roles. If hormones regulate fat growth, then obesity is a hormonal, not a caloric disorder. 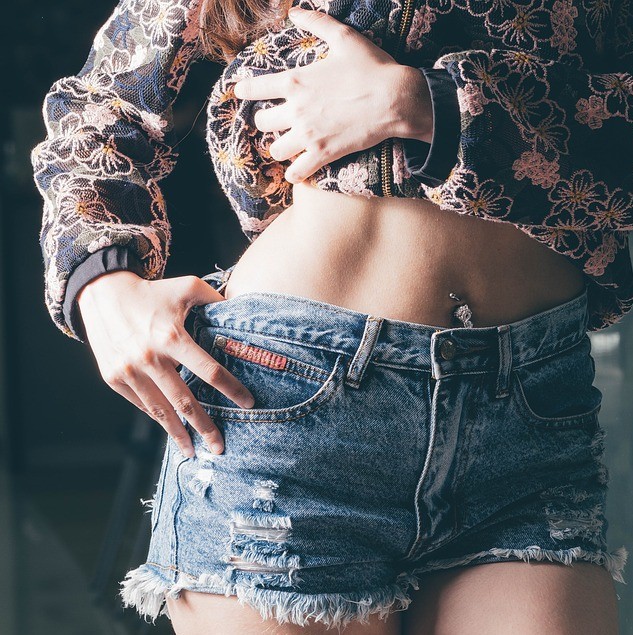 Assumption 5: A calorie is a calorie

This assumption is the most dangerous of all. It’s obviously true. Like a dog is a dog or a desk is a desk. There are many different kinds of dogs and desks, but the simple statement that a dog is a dog is true.

The real issue is this: Are all calories likely to cause fat gain? It implies that the only important variable in weight gain is the total caloric intake. But does a calorie of olive oil cause the same metabolic response as a calorie of sugar?

The answer is NO. These two foods have any measurable differences. Sugar will increase the blood glucose level. And sugar will provoke an insulin response from the pancreas. Olive oil will not.
When the small intestine absorbs olive oil and transports it to the liver, there is no significant increase in blood glucose or insulin. The two different foods evoke different metabolic and hormonal responses.

Researchers have proved that these five assumptions all false. All calories are not likely to cause weight gain. The entire caloric obsession was a fifty-year dead end.

So we must begin again. What causes weight gain?

Do you have any problem related with the obesity? How do you maintain your ideal body weight? Please add your comment and I will be more than happy reply to your comment.

And don’t forget to share this article. Sharing is caring.

50 Replies to “Cracking The Obesity Code”

By continuing to use the site, you agree to the use of cookies. more information